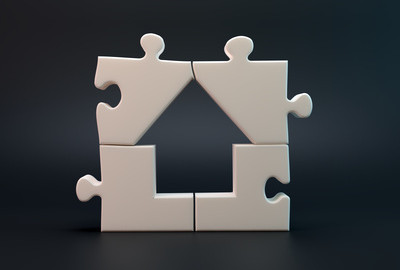 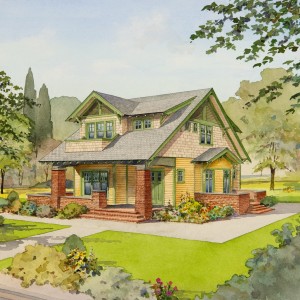 While some may look at this trend and see a steady improvement in American living standards (after all, houses today are more energy-efficient and come equipped with many conveniences), we must also ask ourselves: do we really need more square footage? Do all those appliances, furniture, and high-tech toys really enhance our lives?

The small house movement is a direct response to the prevalence of McMansions and the attendant social isolation, excess purchases, and high mortgage rates. Many families have discovered a wonderful freedom in small house design – living in a space less than 1,500 square feet. One of the most commonly cited benefits is the reduced maintenance. Put simply, you don’t have to clean the house as often because there’s not as much of it to clean! Families no longer have to devote so much time to cleaning, which lifts a burden especially off parents with young children.

Another perk is energy-efficiency. With a smaller house you obviously have less space to heat and cool, but some owners of houses built before the 1940s don’t see a need to do even that. Though it may sound strange to 21st century ears, there was a time when people lived without an HVAC system. Seriously, for centuries people survived—even thrived—without artificial heating and air conditioning. They employed clever methods to keep the temperature at a tolerable level, such as using shade and cross-ventilation during the heat and stoves, fireplaces, and layering during the cold, and spending the summer months on the porch. 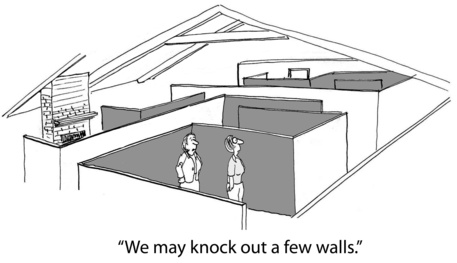 Speaking of porches, when was the last time you used yours? And by used, I mean sitting out there in a deck chair, reading a book while the kids play or chatting with your neighbors while you sip something delicious. Large, functional porches went out of fashion along with houses set close to the street and neighborhoods within walking distance of stores. But porches are making a comeback, and if you can find an older neighborhood where you can actually get to know your neighbors and walk or bike downtown, you’ll wonder why you didn’t move in sooner.

In the process of adjusting to living in a small house, you will encounter some speed bumps. The most obvious challenge is the reduced space. Yes, the living space becomes quite cozy and intimate, but when the kids are running around squealing or your teenage son is jamming to (what he calls) music, where do you hide? Or what if you love to cook but the kitchen is positively tiny? Before choosing a home, make sure you consider how you live – what makes a house a home.

But small houses don’t have to be cramped. You can let your creativity run wild with unique furniture arrangements and selective purchases. We Americans are known for our consumerism, and our palatial homes facilitate this, but downsizing to a smaller home puts the brakes on spending. As a small house owner, you’ll think twice before buying something simply because you’ll have to find a place to put it. Clutter will make rooms shrink. You can minimize the clutter by removing one thing from your home for every new thing you bring into it, and utilizing built-in storage areas. Other ways to open up a small house are painting the rooms with light colors and opting for an open floor plan. 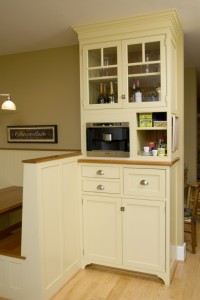 Proponents of small house living usually praise the reduced environmental footprint. You’re using less electricity for the HVAC system, fewer sinks and toilets typically mean less water. But there is a downside that’s sometimes overlooked. Being environmentally conscious, for instance, you might want to purchase recycled furniture. Unfortunately, it will be difficult to find pieces in the exact dimensions you need, and you may have to travel a great distance to find them. Then there’s the storage issue. You really want to reuse items such as children’s clothes, fabric, wood, plastic, boxes, gift bags, and wrapping paper—but where do you put it all? Small house living requires sacrificing disposable items to reduce clutter, but eco-friendly living demands that you don’t throw things away if you can use them in the future. Quite a dilemma, isn’t it?

Your particular priorities will dictate your decisions. Doubtless there will be compromises. But as long as you hold fast to your core values and seek creative solutions, you’ll find that you can live a more comfortable and fulfilling life in a smaller space.

Want to join the discussion?
Feel free to contribute!

Small House Plans with Porches – Why It Makes Sense.