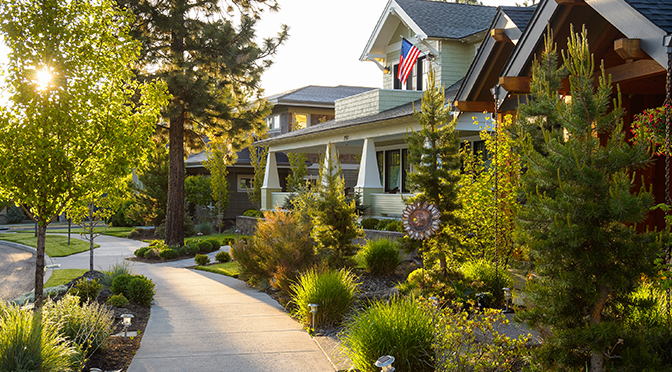 What are Traditional Neighborhood Developments?

The real estate industry has experienced a steady growth in the Traditional Neighborhood Development movement. What’s The TND? It’s a systematically planned community using all types of houses and land to define a particular area.  Within a TND, apartments or homes, civic buildings, education buildings, commercial businesses lie in close proximity to one another.

Private and public spaces are just as important, ensuring community balance between businesses and homes. TNDs are linked together by streets that handle vehicles while still promoting bicycle and pedestrian traffic.  With the inclusion of a civic space – think park, green or square – the TND lets residents gather together to promote a powerful sense of community.

What’s The Purpose Of A Traditional Neighborhood Design? What Can You Expect To Find With These Communities?

The goal behind a TND is to produce a compact, pedestrian-friendly neighborhood with all kinds of housing types that lie in close proximity to civic and commercial activities that allow people to walk to and from them.  Neighbors can interact with each other while sitting on the porches of their home, which are located near public sidewalks. Narrow streets reduce the traffic flow, gearing more toward pedestrian traffic.

With these people-friendly features growing in popularity, so is the demand to create carefully designed homes on smaller lots with efficient front porches. It’s important to note that the relationship between the homes to the rear lane and front street is significant. If there’s not enough or too much space between the alley and garage, it could lead to parking issues. And the pedestrian sidewalk and front porch relationship is just as important.

TND homes and buildings can be found in an array of types, sizes and costs. If you crave a life pace that’s slower and offers a sense of community that your parents/grandparents remember, you may want to check out the TND life for yourself. 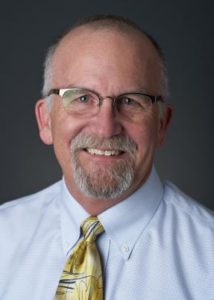 David E. Ford is the General Manager of West Bend Property Company, the developer of NorthWest Crossing, a mixed-use community located on Bend’s west side.

Q: David, what kinds of plans or home styles do make the most sense in a Traditional Neighborhood Design?

A: Our theme and our goal all along was diversity, diversity in every aspect. We could promote diversities from architecture to lot layouts to street layouts to landscaping, saving as many trees as we can to distinguish it from other typical developments where they go in and just level the land and then start building.

We also did not want to do production-built development. We identified and invited a couple dozen builders to join the NorthWest Crossing Builders guild, and then they would work with an architect/designer to design the homes that they would build and we would help them sell.

So, when we started NorthWest Crossing, we had five architectural styles. That’s now expanded to six that are approved provided you meet the essential elements for that architectural style. And initially, obviously, crosswind and bungalow type designs were very popular in Bend at the time. So we have quite a few of those.

It’s probably the majority, quite frankly, of the homes that are built even today, though the latest style that was added to our approved list of styles was Mid-Century Modern. But we put limits on it because Mid-Century Modern is such a broad category or architectural style. So we basically created a NorthWest Crossing mid-century modern that would work within the architectural fabric that we had existing at the time.

Q: It feels like despite the diversity of house plan styles, you’ve kept in continuity in the neighborhood. How have you accomplished that?

A: With our goal of diversity and understanding that there were certain designs that were certainly more popular than others, and builders tend to want to rebuild and repeat what has sold well—it’s natural for them to want to do that—but we did not want to see the same design. Basically, we limited it to a phase that you cannot repeat a design in a phase.

You can move it to another phase. But if you want to do that floor plan, you can repeat floor plans, but you’ve got to change the elevations. So that, again, added to our diversity goal, creating different elevations even though it may be the same floor plan.

Q: How do you see NorthWest Crossing as part of the fabric of Bend?

A: We were attracted to the TND is that it’s a way to re-create the way neighborhoods that were developed pre-World War II. And we also have a goal of designing and developing NorthWest Crossing, so that when we’re all said and done, it will look like a natural extension of Bend’s west side. And I think we’ve been pretty successful with that. Obviously, the homes are newer, but the similar architecture, you’ve got well-established landscaping, trees, etc. It just continues to move west from the existing neighborhoods into the current NorthWest Crossing.

Q: What are some of the benefits in your mind of traditional neighborhood design?

A: I think they’re designed in a way to be more neighborly, more pedestrian-friendly, less reliant on automobiles, creating connectivity, greater connectivity, than some of the standards subdivisions post-World War II. Those are probably some of the main benefits.

From a developer standpoint, they’re more efficient. You’re creating more lots, more homes per acre. But you’re also creating streetscapes that are inviting and attractive to the residents as well as visitors that isn’t burdened by wide streets with a lot of vehicles on them. So, we established our own street standards for Northwest Crossing. When we proposed Northwest Crossing to the city, the development code actually didn’t allow that type of development.

The planning department was very attracted to the idea. They were familiar with New Urbanism and the philosophies of New Urbanism. And so they worked with us to develop our own section of the development code. So we have an entire chapter that’s NorthWest Crossing overlay zone. That gave us some flexibility to create, like I said, special street standards, a mix of residential overlay types, meaning basically different residential product. But the overlays gave us the flexibility to respond to the market. So, the base zone as you can see on the masterplan map, all the yellow is RS and then there are hatchmarks on different sections or different parcels of land. Those are different overlays that allow town home or residential mix use (meaning live/work) or multiple family apartments or condos. And then, the overlay that we added after our masterplan was approved was the residential cluster overlay district which is cottage development. So all of those add to the diversity of the product and architectural styles that create the uniqueness of Northwest Crossing.

Where To Retire magazine published a list of the country’s 50 Best Master-Planned Communities that focus on various active-adult and master-planned developments and turning them into amenity-rich neighborhoods to create an amazing sense of community. Here are the 50 in alphabetical order by state:

So You Want to Build a New Home: 5 Steps to Get it Right

Jacob and Emily UPDATE! The Tumalo is Nearly Complete….
Scroll to top